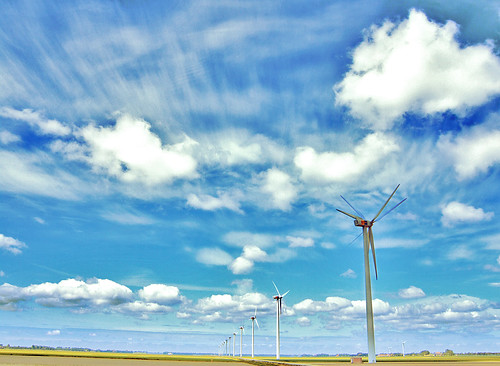 Hey Barack, congratulations! Your election has been a monumental and inspiring one. But we have some serious problems to solve, and I hope you have the courage to listen to 20 years of research and a Nobel Peace Prize:

"The world authority on the climate crisis, the Intergovernmental Panel on Climate Change, after 20 years of detailed study and four unanimous reports, now says that the evidence is “unequivocal.” To those who are still tempted to dismiss the increasingly urgent alarms from scientists around the world, ignore the melting of the north polar ice cap and all of the other apocalyptic warnings from the planet itself, and who roll their eyes at the very mention of this existential threat to the future of the human species, please wake up. Our children and grandchildren need you to hear and recognize the truth of our situation, before it is too late.

"Here is the good news: the bold steps that are needed to solve the climate crisis are exactly the same steps that ought to be taken in order to solve the economic crisis and the energy security crisis.

"Economists across the spectrum — including Martin Feldstein and Lawrence Summers — agree that large and rapid investments in a jobs-intensive infrastructure initiative is the best way to revive our economy in a quick and sustainable way. Many also agree that our economy will fall behind if we continue spending hundreds of billions of dollars on foreign oil every year. Moreover, national security experts in both parties agree that we face a dangerous strategic vulnerability if the world suddenly loses access to Middle Eastern oil."

It's going to take a monster fight against the politically powerful US coal, railroad, and (of course) oil industries. So stop pandering and realize that domestic fossil fuels are not and never will be the answer to our oil dependence problem, not when the reality of a carbon-constrained world is just around the corner. If America is to remain a leader in the global economy, we must become a center of renewable energy technology. It's as simple as that.
Collapse